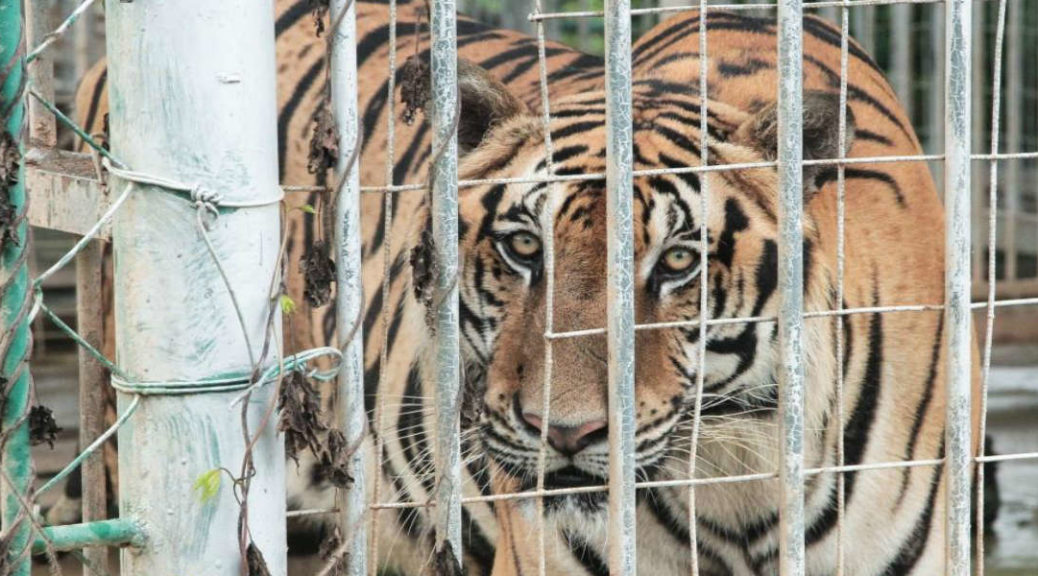 Tigers could once be found across much of Asia, from eastern Turkey to Siberia and Indonesia. Today, they are reduced to living in just 6% of their former range.

In many of these areas tigers are no longer even valued as free-ranging wild animals, but merely as products for financial profit, worth more dead than alive.

I have spent more than a decade visiting “tiger farms” in four countries in east and south-east Asia, and am currently working on a book about the different ways in which tigers are valued, both in the wild and in captivity. I found that as the animals disappear from the wild, the value of tigers instead derives from the use of various body parts as medicine, food or ornaments.

Tigers in parts of east and south-east Asia can come in bottled form, sold openly in industrial breeding centres as tiger bone wine, a concoction that is claimed to treat arthritis, rheumatism and even impotence. They also come on plates, cooked and prepared for wealthy businessmen and bureaucrats eager to display their elevated social status, served in dining rooms bedecked with expensive tiger skin rugs.

The trade begins with an estimated 8,000 tigers held captive in a series of farms across China and also in Laos, Thailand and Vietnam, often in appalling conditions. Many are housed in small, spartan concrete enclosures, barely large enough to provide any opportunity for even the lightest exercise. Tigers bred for their bones are frequently malnourished, their deaths deliberately induced by starvation. As a worker at one tiger park in northern China explained to me, “a skeleton is, at the end of the day, just a bag of bones. Who cares what it looks like when it’s alive?”

Full story by Simon Evans at The Conversation