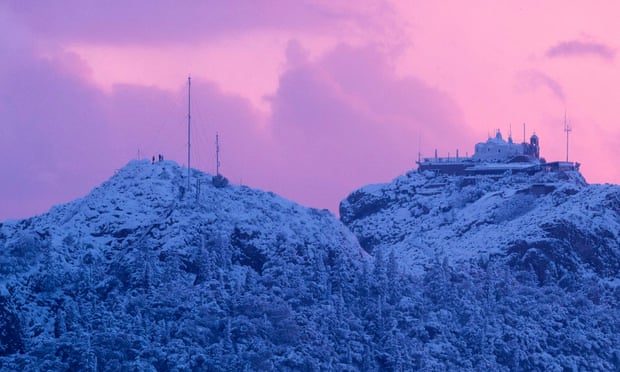 The Atlantic Ocean circulation that underpins the Gulf Stream, the weather system that brings warm and mild weather to Europe, is at its weakest in more than a millennium, and climate breakdown is the probable cause, according to new data.

Further weakening of the Atlantic Meridional Overturning Circulation (AMOC) could result in more storms battering the UK, more intense winters and an increase in damaging heatwaves and droughts across Europe.

Scientists predict that the AMOC will weaken further if global heating continues, and could reduce by about 34% to 45% by the end of this century, which could bring us close to a “tipping point” at which the system could become irrevocably unstable. A weakened Gulf Stream would also raise sea levels on the Atlantic coast of the US, with potentially disastrous consequences.

Stefan Rahmstorf, of the Potsdam Institute for Climate Impact Research, who co-authored the study published on Thursday in Nature Geoscience, told the Guardian that a weakening AMOC would increase the number and severity of storms hitting Britain, and bring more heatwaves to Europe.