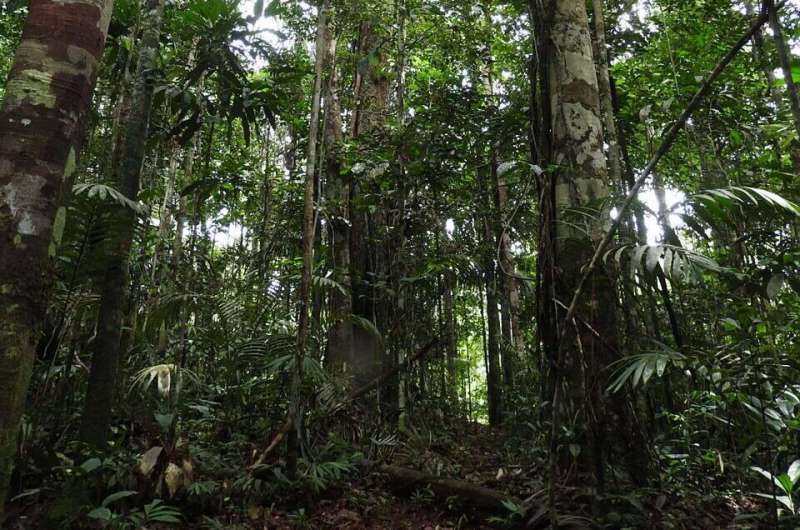 We sometimes think of the Amazon rainforest as unaltered by humans, a peek into the planet’s past. In recent years, scientists have learned that many parts of the Amazon aren’t untouched at all—they’ve been cultivated by Indigenous peoples for thousands of years, and mere centuries ago were the sites of cities and farmland. But that’s not the case everywhere.

In a new study in PNAS, researchers determined that a rainforest in the Putumayo region of Peru has been home to relatively unaltered forest for 5,000 years, meaning that the people who have lived there found a long-term way to coexist with nature—and the evidence is in microscopic bits of silica and charcoal in the soil.

“It’s very hard even for experienced ecologists to tell the difference between a 2,000-year-old forest and a 200-year-old forest,” says Nigel Pitman, an ecologist at Chicago’s Field Museum and a co-author of the PNAS paper. “There’s more and more research showing that many Amazonian forests we think of as wilderness are actually only 500 years old, because that’s when the people who were living there died from the pandemics brought by Europeans, and the forest has regrown.”

“Far from implying that complex, permanent human settlements in Amazonia had no influence over the landscape in some regions, our study adds substantially more evidence indicating the bulk of the Indigenous population’s serious impact on the forested environment was concentrated in the nutrient-rich soils near rivers, and that their use of the surrounding rainforest was sustainable, causing no detectable species losses or disturbances, over millennia,” says Dolores Piperno, a researcher at the Smithsonian Tropical Research Institute and the study’s first author.

For this study, Piperno and her colleague Crystal McMichael at the University of Amsterdam needed soil samples from the Putumayo region of the Amazon rainforest in northeastern Peru. That’s where Pitman came in. In his work with the Field’s Keller Science Action Center, Pitman takes part in “rapid inventories” of the Amazon, intensive information-gathering trips to document the plants and animals of a region and build relationships with the people who live there, in order to help build a case for protecting the area. Piperno and McMichael reached out to Pitman, a botanist, and asked if he’d be able to collect soil samples as he inventoried the Putumayo region’s trees.

“It’s an important finding, and a hopeful one, because it shows that people have been living in the Amazon for thousands of years, in a way that allows them to thrive and the forest to to thrive,” says Pitman. “And since this particular forest is still being protected by Indigenous peoples, I hope this study reminds us all how important it is to support their work.”