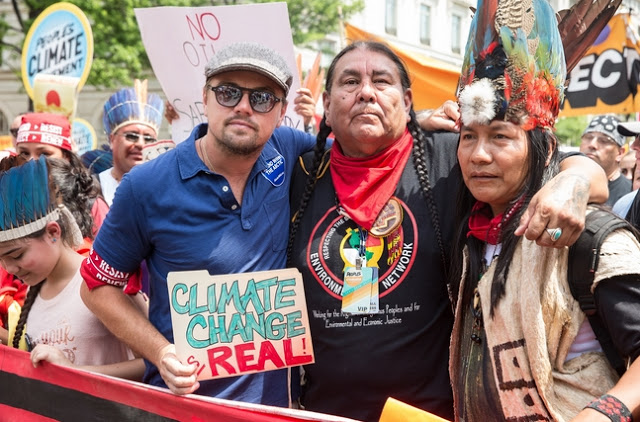 Leo is known as an activist and environmentalist, as anyone who has seen him pick up any of those aforementioned awards will know, as he rarely misses an opportunity to mention it on any public stage.

He’s addressed the United Nations, no less, and held meetings with everyone from Pope Francis to Vladimir Putin and Al Gore, as well as donating huge sums of money to environmental causes all over the world. While this public face is well known, behind the scenes, Leo is if anything more generous.

He set up the Leonardo DiCaprio Foundation back in 1998, right on the back of his success with Titanic, to fight for environmental justice, and it has raised a staggering $80 million (£60m) in the near twenty years of its existence.

With that in mind, let’s look through a few of their achievements. They save wild tigers in Nepal and protect the parks of Borneo, they defend indigenous rights from the Amazon to Alaska, helping Native Americans and First Nations people to preserve their culture, they monitor fishing and whaling to save marine life and they develop new and innovative solutions to assist in the fight against climate change.

In 1998, Leonardo DiCaprio established his foundation with the mission of protecting the world’s last wild places. LDF implements solutions that help restore balance to threatened ecosystems, ensuring the long-term health and well-being of all Earth’s inhabitants. Since that time the Leonardo DiCaprio Foundation (LDF) has worked on some of the most pressing environmental issues of our day.