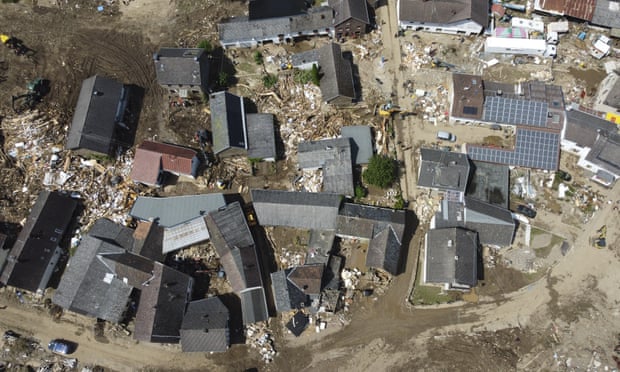 People around the world need a “global green deal” that would tackle the climate crisis and restore the natural world as we recover from the Covid-19 pandemic, a group of politicians from the UK, Europe and developing countries has said.

The Global Alliance for a Green New Deal is inviting politicians from legislatures in all countries to work together on policies that would deliver a just transition to a green economy ahead of Cop26 UN climate talks in Glasgow this November.

The alliance includes Caroline Lucas, the Green party’s only MP, and Labour’s Clive Lewis, as well as MEPs, representatives in Brazil, Argentina, Indonesia, Malaysia and the US among other countries.

Ilhan Omar, a US congresswoman for Minnesota, said the recent extreme weather in the US and around the world should serve as a warning. “Climate change is here and it is an existential threat to humanity. We have already seen the horrifying repercussions of failing to act – wildfires raging across the west coast [of the US], extreme hurricanes, heatwaves in Australia, massive flooding around the world. Natural disasters like these will only get worse unless we act as a global community to counteract this devastation.”

The alliance wants governments to put measures in place that would boost the green economy as well as collaborating on global vaccine access for Covid and debt restructuring for the world’s poorest nations. They will seek to share knowledge around the world of successful initiatives, such as the decarbonisation plan recently put forward in Costa Rica.

Many government leaders have promised to “build back better” from the pandemic but few countries are investing in the new infrastructure needed. Recent research by Vivid Economics found that only about a tenth of the $17tn being spent globally on rescuing stricken economies was going on projects that would reduce greenhouse gas emissions or restore nature.

However, more than $3tn was being poured into measures and industries that actively harmed the environment, such as coal and other fossil fuels.

Manon Aubry, a French MEP, said governments must focus on social justice and the climate. “As the consequences of the climate crisis become more and more alarming, inequalities are growing and the poorest are hit hardest by the impacts of a changing climate. If we want fair, systematic and effective climate policies, we need a radical shift away from free trade and free-market ideology.”