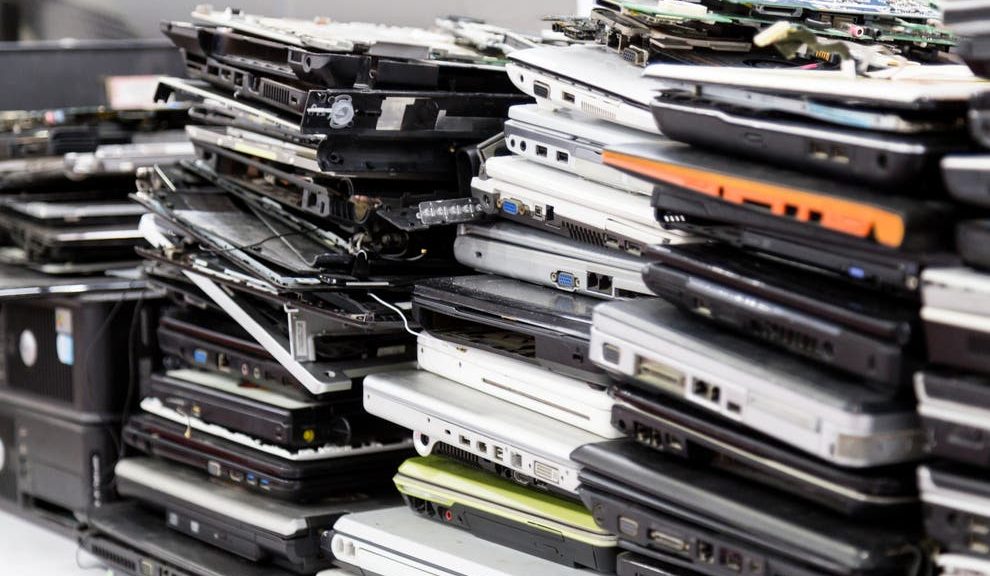 The amount of electronic waste produced by humans each year is rapidly growing, totalling millions of tonnes of metals, plastics and precious mineral resources which are rarely recycled, and usually incinerated or sent to landfill, experts have warned.

This year alone, the worldwide “mountain” of waste electronic and electrical equipment will amount to an estimated 57.4 million tonnes – greater than the weight of the Great Wall of China, Earth’s heaviest artificial object.

The research has been released on International E-Waste Day 2021, with experts and organisations calling on households, businesses and governments to support efforts to repair, recycle and reuse unused electronic products.

The researchers said the vast amounts of electronic waste should be thought of as a resource in themselves, with opportunities to “recover a king’s fortune in valuable materials and reduce the need for new resources”. An employee examines electronic waste waiting to be recycled at the Electronic Recyclers International plant in Holliston, Massachusetts. The U.S. does better than many countries at recovering e-waste, but many challenges remain as the glut grows. PHOTOGRAPH BY ZORAN MILICH, GETTY IMAGES

Furthermore, each tonne of electronic waste that goes unrecycled has a carbon footprint of two tonnes, the researchers said.

Highlighting the scale of the problem, the team from the Waste Electronic and Electrical Equipment (WEEE) Forum, said between 2014 and 2019 there had been a 21 per cent jump in the levels of e-waste generated, and said the world is on course to see 74 million tonnes of electronic waste a year by 2030.

They attributed the problem to higher consumption rates of electronics – which are increasing 3 per cent annually – and shorter product lifecycles and limited repair options.

Pascal Leroy, the director general of the WEEE Forum, the organisation behind International E-Waste Day, said: “Many factors play a role in making the electrical and electronics sector resource efficient and circular. For example, our member producer responsibility organisations collected and secured responsible recycling of 2.8 million tonnes of e-waste in 2020.

“But one thing stands out – as long as citizens don’t return their used, broken gear, sell it, or donate it, we will need to continue mining all-new materials, causing great environmental damage.”

He added: “This year’s focus for International E-Waste Day is the crucial role each of us has in making circularity a reality for e-products. This is more important than ever as our Governments go into Cop26 to discuss global action to reduce carbon emissions. Every tonne of WEEE recycled avoids around 2 tonnes of CO2 emissions. If we all do the right thing with our e-waste we help to reduce harmful CO2 emissions.”

According to estimates in Europe, where the problem is best studied, 11 of 72 electronic items in an average household are no longer in use or are broken.

For each European citizen, around 4 to 5kg of unused electrical and electronic products are hoarded each year prior to being discarded.

The EU commissioner for environment, oceans and fisheries, Virginijus Sinkevičius said: “E-waste is one of the fastest growing waste streams, in Europe and around the world. To change this trend we should not think of it as waste, but rather wasted opportunity as longer-lasting products would be massive savings not just for consumers, but in precious raw materials and CO2 emissions.

“At the Commission, we are working on new eco-design requirements for electronic devices, to increase durability and make them easier to repair. We also want consumers to have better information, so it’s easier to make a sustainable choice.”

The research was released by WEEE for International E Waste Day.

Harry Cockburn at The Independant