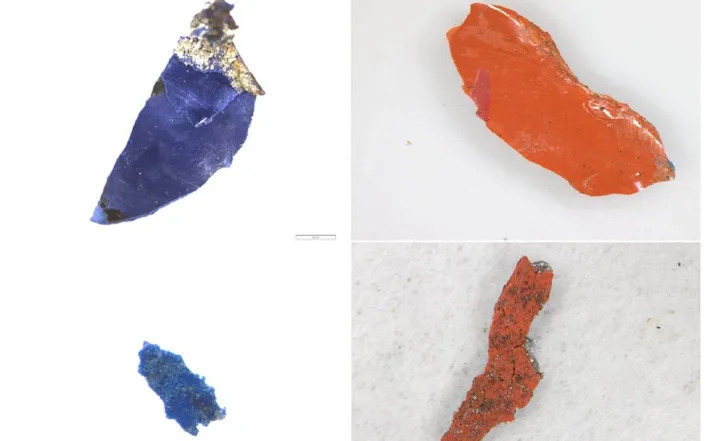 Scientists studying the origins of microplastics in Antarctica have discovered that 89 per cent of the samples they analysed came from the paint on their own ship.

The researchers had initially been shocked to find such large concentrations of microplastics in such a remote expanse of water in the Southern Ocean.

However, when they studied the samples in a laboratory they were able to confirm that a large percentage came from flakes of paint from their own vessel.

Microplastics are small plastic pieces, less than five millimetres long, and are known to be extremely harmful to ocean and aquatic life.

The team of researchers, from the University of Basel and the Alfred-Wegener Institute (AWI) at the Helmholtz Centre for Polar and Marine Research, were studying water from the Weddell Sea.

Area where Endurance got trapped

It is the same area where, in 1915, Ernest Shackleton’s ship, Endurance, got trapped and crushed by pack ice.

They then filtered about eight million litres of seawater and discovered microplastics in it – albeit in very small quantities.

Earlier studies of microplastics in Antarctica were conducted in regions with more research stations, shipping traffic and people, but this one solely focused on a remote body of water.

The research team, led by Professor Patricia Holm and Dr Gunnar Gerdts from the AWI, thought that the remote Weddell Sea would have substantially lower concentrations of microplastics.

However, their measurements showed that microplastic concentrations were only partially lower than in other regions in Antarctica.

Clara Leistenschneider, a doctoral candidate in the Department of Environmental Sciences, said: “Establishing that microplastics are present in a given region is one thing.

“But it’s also important to know which plastics appear, in order to identify their possible origin and in the best case to reduce microplastic emissions from these sources.”

In order to find out where these plastics came from, the team analysed the composition of the particles.

The team found that a significant proportion of the particles were in fact microplastics that were used as a binding agent in marine paint.

Other microplastic particles were identified as polyethylene, polypropylene and polyamides. These were used in packaging materials and fishing nets, among other things.

More than half of all the sample fragments were also visually similar to the ship paint on the vessel on which the team was travelling.

HOW MUCH PLASTIC ARE YOU EATING?

What’s for dinner? Lego sushi, credit card burgers, or a well-done piece of PVC pipe? These examples may sound extreme, but can easily represent over time the cumulative amount of microscopic pieces of plastic we consume every day.

At the Centre for Marine Environmental Sciences (Marum) at the University of Bremen, the researchers analysed these fragments in more detail, by X-raying fluorescence (XRF) to identify pigments and fillers.

They were analysed in forensics, along with their plastic content, in a process normally used to identify cars in hit and run-type accidents.

In a circumstance like this one, paint slivers left at the accident site are the same as a vehicle’s fingerprints.

The analysis showed that 89 per cent of the 101 microplastic particles that were studied in detail came from the Polastern.

The remaining 11 percent came from other sources.

Ms Lesitenschneider added: “Developing alternative marine paint that is more durable and environmentally friendly would make it possible to reduce this source of microplastics and the harmful substances they contain.”

The findings were published in the journal Environmental Sciences and Technology.

Will Bolton at Yahoo! News