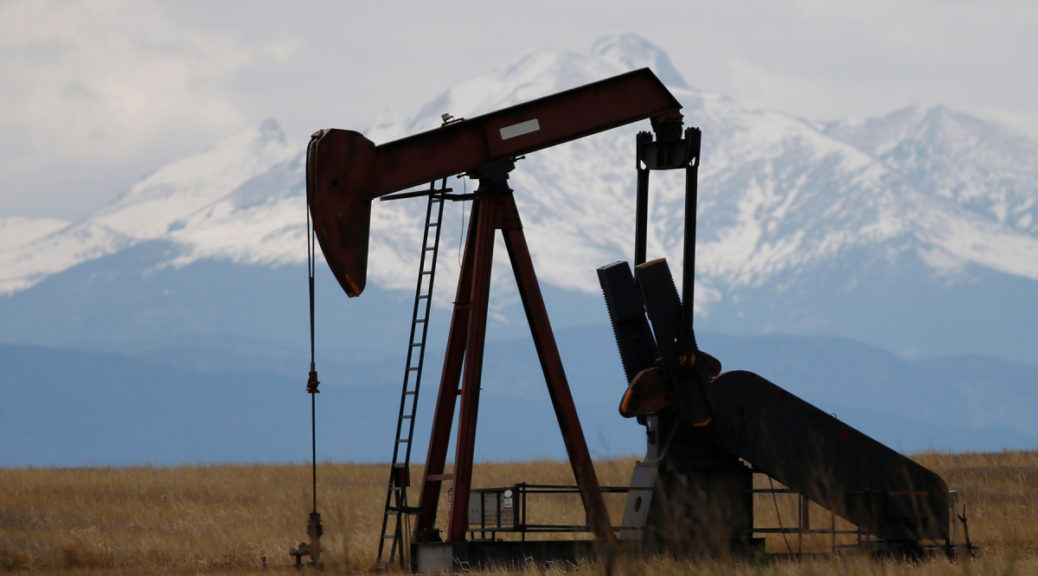 Massive amounts of radioactive waste brought to the surface by oil and gas wells have overwhelmed the industry and the state and federal agencies that regulate it, according to a report released today by the prominent environmental group Natural Resources Defense Council. The waste poses “significant health threats,” including the increased risk of cancer to oil and gas workers and their families and also nearby communities.

“We know that the waste has radioactive elements, we know that it can have very high and dangerous levels, we know that some of the waste gets into the environment, and we know that people who live or work near various oil and gas sites are exposed to the waste. What we don’t know are the full extent of the health impacts,” says Amy Mall, an analyst with NRDC who has been researching oilfield waste for 15 years and is a co-author on the report.

The report conveys that radioactive oilfield waste is piling up at landfills across America — and in at least some documented cases leaching radioactivity through treatment plants and into waterways. It is also being spread on farm fields in states like Oklahoma and Texas and on roads across the Midwest and Northeast under the belief that it melts ice and suppresses dust.

Many of the issues mentioned in the NRDC report were reported by Rolling Stone in a 20-month investigation published in January 2020 that found a sweeping arc of contamination. “There is little public awareness of this enormous waste stream, the disposal of which could present dangers at every step,” the story stated, “from being transported along America’s highways in unmarked trucks; handled by workers who are often misinformed and under-protected; leaked into waterways; and stored in dumps that are not equipped to contain the toxicity. Brine has even been used in commercial products sold at hardwares stores and is spread on local roads as a de-icer.”

“Radioactive elements are naturally present in many soil and rock formations, as well as the water that flows through them,” the NRDC report explains. Oil and gas production brings those elements to the surface. Wells generate a highly salty toxic liquid called brine at the rate of about a trillion gallons a year in the U.S. It contains heavy metals and can contain significant amounts of the carcinogenic radioactive element radium. The U.S. EPA’s webpage on oilfield waste indicates that radium and lead-210, a radioactive isotope of lead, can also accumulate and concentrate in a sludge at the bottom of storage containers and in the hardened mineral deposits that form on the inside of oilfield piping. Crushed dirt and rock called drilled cuttings, which are produced through fracking, can contain elevated levels of uranium and thorium.

“My first major concern is that workers don’t know they are working with radioactive materials, and there is no protection to ensure that they don’t face dangerous exposures to radiation,” says Bemnet Alemayehu, the report’s other co-author and an NRDC staff scientist with a Ph.D. in radiation health physics. “Those are alpha emitters, and from an internal dose perspective [inhalation or ingestion], this is one area where I am very concerned,” he continued. “If workers’ clothes or skin get dusted or splashed in waste, they may take contamination home to their families.”

The NRDC report, entitled “A Hot Fracking Mess: How Weak Regulation of Oil and Gas Production Leads to Radioactive Waste in Our Water, Air, and Communities,” shows that despite the industry and regulators knowing about the radioactivity issue, the risks have been patently ignored. A 1982 American Petroleum Institute paper obtained by Rolling Stone laid out hazards but warned the industry that regulation “could impose a severe burden.” A 1987 EPA report to Congress detailed numerous harms, but according to one EPA employee cited in the NRDC report, was ignored for “solely political reasons.” To this day there remains no single federal rule governing the radioactivity brought to the surface in oil and gas development, says the NRDC, and state regulators have failed to pick up the pieces and fill in the gaps.