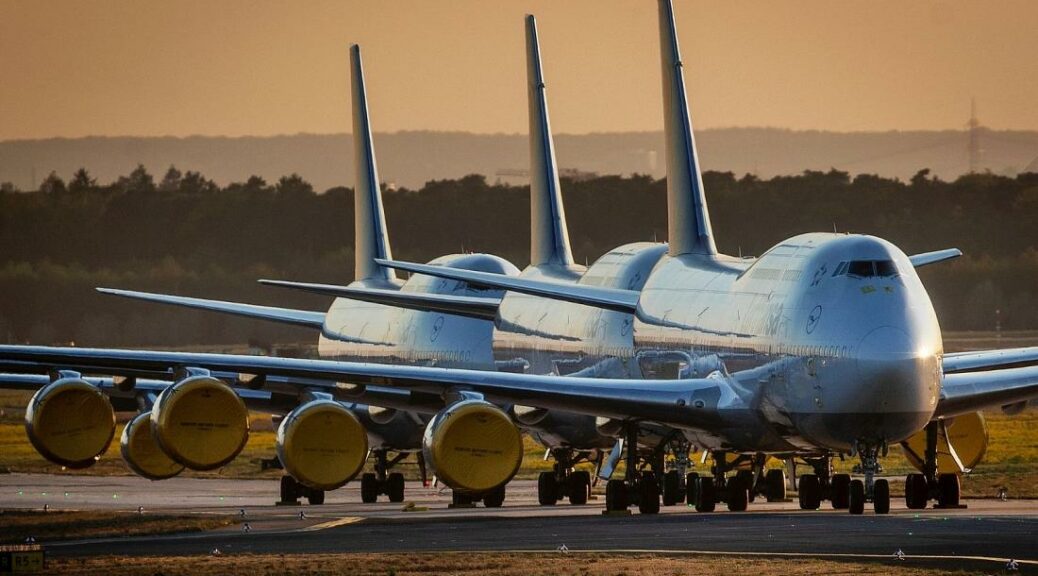 A major airline has revealed it is making 18,000 unnecessary flights this winter, prompting environmentalists to call for rules around Europe’s airport slots to be reviewed.

The Lufthansa Group – which includes Brussels Airlines, Austrian Airlines, Eurowings and Swiss – is having to fly “empty” aircraft just to keep its take-off and landing rights at European airports.

Belgium’s federal mobility minister Georges Gilkinet urged the European Commission (EC) to put a stop to this “environmental, economic and social nonsense” yesterday, after it emerged that 3,000 of these “ghost flights” were from Brussels Airlines’ planes.

Greta Thunberg is among those taking fire at the so-called “use it or lose it rule” which drives the problem. “The EU surely is in a climate emergency mode…” she tweeted sarcastically.

The EU surely is in a climate emergency mode…https://t.co/eHLFrd06y0

“It seems like the fact that we’re in a severe climate crisis and that flights are the fastest way to fry the planet has not yet arrived in the heads of decision makers and airlines,” the group tells Euronews Green.

“If it had, empty flights would not be allowed anymore.”

So what is the point in these place-holder flights – and what is their cost to the climate?

Why do airlines have to maintain their airport slots?

Currently, airlines must operate flights in at least 50 per cent of their scheduled take-off and landing slots, or risk losing them. This threshold was revised down from the usual 80 per cent when the pandemic hit in 2020, but is set to be raised up to 64 per cent from the end of March until the end of October 2022.

Announcing the change on 15 December, the EC said that air traffic estimates suggest the skies will be almost 90 per cent as busy this year as in 2019. But with airlines continuing to take a hit because of Omicron critics say the rule is still too strict. Lufthansa alone has said it plans to cancel 33,000 scheduled flights by the end of March.

At times during the pandemic, airport runways have essentially been plane-parking facilities. Yet in busier times, these spots are a precious commodity for companies who vie for their share of air space.

The 80/20 rule (as it’s normally known) is about allocating scarce airport capacity efficiently, says the International Air Transport Association (IATA). It gives airlines the security to advertise tickets almost a year in advance, allowing customers to book trips in the long-term.

No mention is made of the climate impact in IATA’s explanatory fact sheet. So is it really the best way of doing things?

“Other regions of the world are taking a more pragmatic approach here, for example [in the US] by temporarily suspending slot rules due the current pandemic situation. That benefits the climate and the airlines.”

Ogursky also clarifies that all 18,000 Lufthansa flights will carry some passengers or cargo, so are not completely empty.

THE SIX PROBLEMS AVIATION MUST FIX TO HIT NET ZERO

A new approach to making jet fuel from food waste has the potential to massively reduce carbon emissions from flying, scientists say.

What climate baggage do these ‘unnecessary’ flights carry?

The issue of empty – or near-empty – flights, extends beyond the German-based carrier. Other major airlines including KLM and Air France say they are counting on further flexibility from the EC to avoid these unnecessarily polluting journeys.

It’s been an ongoing problem since March 2020, when several carriers retained their normal flight frequency for weeks simply to keep slots at hub airports across Europe, the Irish Examiner reported. At the time, Cork airport went from handling up to 15,000 passengers a day to just 40.

As activists have pointed out, the EC’s inflexibility flies in the face of the European Green Deal commitment to cut carbon emissions from the transport sector by 90 per cent by 2050.

Most, but not all, of Lufthansa’s 18,000 “ghost” flights are operating in Europe but it can be tricky to calculate their exact environmental cost.

Catherine Livesley, founder of No Fly Travel Club says, “a short-haul flight on a 737 emits approximately 18 tons of CO2 per hour – that is almost twice what an average European citizen emits in an entire year.

“It seems incomprehensible that we actively require airlines to produce these colossal emissions simply to secure landing slots – even at 50 per cent of normal capacity.

“Airlines and airports must make it a priority to find a better solution – and should be incentivised by governments to do so”.