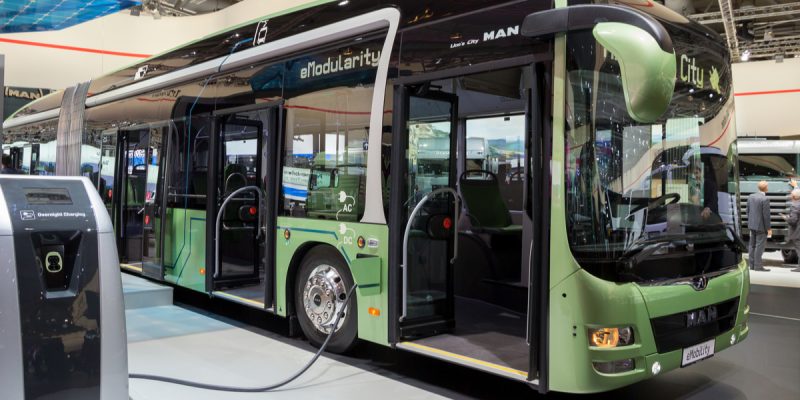 Passenger transport has a huge impact on our surroundings, and it’s one of the biggest factors in determining where we live and work. It can be bumper-to-bumper LA traffic, bike-filled Danish cities, Japanese bullet trains, buzzing Vietnamese mopeds, taxi ranks lined with India’s famous three-wheeled rickshaws, or bustling London subways.

Introducing electric vehicles (EVs) on a massive scale has often been framed as the solution to reducing passenger transport emissions – witness the UK’s plans for all new homes and upgraded buildings to have EV charging points from 2022.

However, recent research from the US has shown that the electrification of cars alone will not be enough for the transport sector to reach ambitious global climate action targets aiming to prevent more than 2 °C of global warming.

In addition, a population that continues to depend on cars poses significant problems for growing cities. With urbanisation on the rise and space at a premium, we must reduce car ownership in cities if we are to keep them as affordable and accessible as possible. Huge amounts of land which could otherwise be used to house people or be dedicated to nature are still reserved for roads and car parks.

Climate action funds – including the Adaptation Fund, a UN-backed international fund helping developing countries to adapt to climate change – are projected to reach £74 billion of funding by 2023. Much of this money is channelled towards sustainable infrastructure projects, which could help developing countries to build efficient and sustainable mass-transit systems.

The UN’s intergovernmental panel on climate change advocates for an approach to passenger transport planning called “Avoid, Shift, Improve”, which is adapted from a framework first developed in Germany in the early 1990s:

“Avoid” refers to reducing the need for transport in the first place. This involves planning new urban areas and redeveloping old ones to be as well organised as possible, so people will not have to travel far for their working, shopping, education and recreational needs. While years of investment into roads have made it very difficult for some cities to move away from car use, the future is still unwritten for many of our growing cities.

This approach also involves connecting homes and rural towns to the internet so that people can easily and cheaply work from home, leaving road space free for people – like doctors or teachers – who cannot.

“Shift” means switching necessary travel to more sustainable, active and higher-occupancy modes of transport. Instead of single-occupancy cars, for example, we can use buses, trains, bikes, scooters, skateboards or walking paths. Across the world, we can see exciting examples of how countries have managed to make this shift away from carbon-intensive car dependency.

The TransMilenio bus system, operating in the cities of Bogotá and Soacha in Colombia, is one of the largest of its kind in the world. Transporting between one and two million people daily, its broad range of stops, dedicated bus lanes, and affordable ticketing stations create an easily accessible service.

Increasing the uptake of active modes of travel is another way to encourage this shift. E-bikes are among the fastest growing types of transport in China. The motor-assisted travel encourages cycling longer journeys in hilly areas, warmer areas and among people who are less fit. Studies from Sweden and Norway show that cyclists who switch from conventional bikes to e-bikes increase their number of journeys and the distances they travel on average for each journey.

Recently, residents of Berlin voted to expand car restrictions in the German city to cover 88 sq km of the city – a proposal which would create the world’s largest car-free urban zone. Actions like these can address the safety concerns of pedestrians and cyclists, who fear navigating alongside fast-moving, heavy vehicles, by providing segregated active travel routes. Importantly, researchers have noted that without measures to restrict car use, other measures to encourage the uptake of public transport, walking and cycling have little impact.

Once unnecessary travel has been cut from things like poor urban planning and employer policies requiring workers’ presence in offices, and once safe public transport systems or active travel options have been provided, we can focus on making the vehicles we currently have more sustainable.

The key to reducing passenger transport emissions is enabling access to and use of electric cars only where there are no other reasonable travel options. If we do this, we have a chance to end car dependency while still helping as many people as possible to travel.

Vera O’Riordan at The Conversation 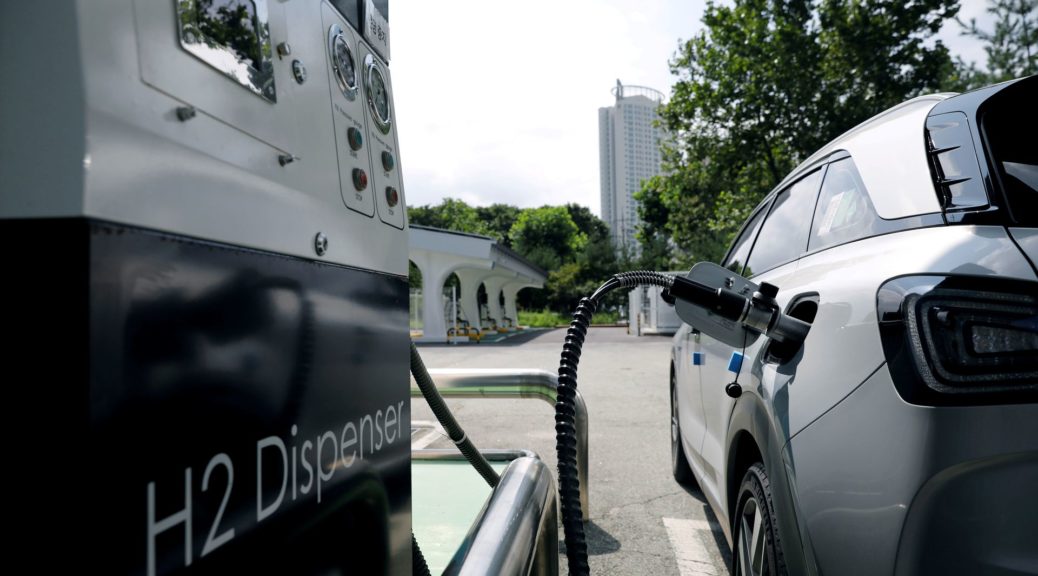 Hyundai Motor Group said on Tuesday it plans to offer hydrogen fuel cell versions for all its commercial vehicles by 2028 and will cut the price of fuel cell vehicles to battery electric levels two years later.

The group, which comprises Hyundai Motor Co and Kia Corp, currently has one fuel cell bus and one fuel cell truck, the Xcient Hyundai, on the market. There are 115 of the buses on the road in South Korea and 45 of the trucks in operation after they were rolled out in Switzerland last year.

The two South Korean automakers together offer 20 models of commercial vehicles including trucks, buses and vans, and sold about 287,000 last year.

The group, whose only other fuel cell vehicle on the market is Hyundai’s Nexo SUV, also said it will develop fuel cell vehicles for Kia and its premium Genesis brand, which could be launched after 2025. It did not mention specific targets for fuel cell versions of passenger vehicle models.

The plans are measured ambitions to push ahead with hydrogen technology despite its relative niche status, while the automakers also expand their battery electric vehicle line-up.

Advocates assert that hydrogen fuel cells are cleaner than other carbon-cutting methods as they only emit water and heat, but the technology has only seen limited usage in the auto industry amid concerns about high costs, the bulky size of fuel cell systems, the lack of fuelling stations, resale values and the risk of hydrogen explosions.

Other major automakers pursuing hydrogen fuel cell technology include Toyota Motor Corp, BMW and Daimler. They have been encouraged as Europe and China have set ambitious emission reduction targets and talk of hydrogen infrastructure support increases. 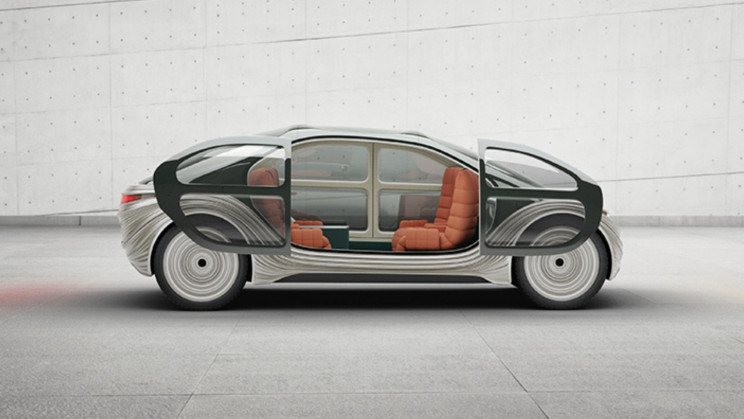 The sleek, glass-covered EV, uses its HEPA filtering system to clean the air.

If you pictured cars in the future as sleek, glass-covered, EVs with the ability to clean pollution, then you pictured Airo, Heatherwick Studio’s concept car designed for IM Motors.

Unveiled at the Shanghai Motor Show in April, Airo is a fully electric vehicle that boasts both autonomous and driver-controlled modes. More excitingly, its designers promise it produces no fossil fuel pollutants, and taking it a step further, the vehicle even vacuums up polluted air around it as it drives.

We were excited for the future’s flying cars, but if there are pollution-cleaning cars, sign us up for those!

Airo cleans the air using its HEPA filtering system that actively sucks up the pollutants from other cars around it, leaving the surrounding air cleaner than before.

“Airo isn’t simply another electric car that doesn’t pollute the air. Instead, using the latest HEPA filter technology, it goes further by also vacuuming-up pollutants from other cars as it drives along,” says Thomas Heatherwick, Founder of Heatherwick Studio.

Not only will Airo clean the air, it’ll do so in style.

The interior of the car can be customized and configured into a number of different styles, and for different functional spaces: from regular car to dining room to bedroom. The seats rotate from the regular driving position to fully face each other so that four people can sit facing each other for a chat or to enjoy a meal with the foldable four-leaf table in the middle.

A foldaway screen instantly turns the space into a four-wheeled cinema or gaming space, and to assure privacy or to simply stop any glare, the fully-glazed roof can be tinted. And when it’s time to catch up on some beauty sleep, the seats can fully recline to give way to a double bed. You can literally watch the stars from your bed in Airo.

Heatherwick explained that the EV was “Designed to simultaneously address the global space shortage, Airo is also a multi-functional room with extra space for dining, working, gaming or even sleeping. As a new room for our lives, with a changing view, Airo is a car intended to transport us to a cleaner and better future.”

The EV charges from one of the company’s charging stations, which have been designed to blend in with a cityscape for decades to come thanks to their weathered steel look.

Indeed, it seems that anyone spending time in the Airo wouldn’t want to leave such a comfortable, clean space. It seems to be an idea candidate for a guilt-free, stylish roadtrip. 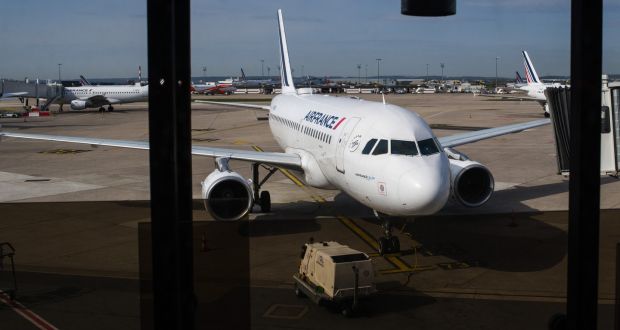 French regulators voted late on Saturday to abolish domestic flights on routes than can be covered by train in under two-and-a-half hours, as the government seeks to lower carbon emissions even as the air travel industry reels from the global pandemic.

The measure is part of a broader climate bill that aims to cut French carbon emissions by 40 per cent in 2030 from 1990 levels, though activists accuse president Emmanuel Macron of watering down earlier promises in the draft legislation.

The vote came days after the state said it would contribute to a €4 billion ($4.76 billion) recapitalisation of Air France, more than doubling its stake in the flagcarrier, to shore up its finances after over a year of Covid-19 travel curbs.

Industry minister Agnes Pannier-Runacher dismissed criticism from the aviation industry that a pandemic recovery was not the time to ban some domestic flights, and said there was no contradiction between the bailout and the climate bill.

“We know that aviation is a contributor of carbon dioxide and that because of climate change we must reduce emissions,” she told Europe 1 radio. “Equally, we must support our companies and not let them fall by the wayside.”

Air traffic may not return to pre-crisis levels before 2024, Ms McKinsey analysts forecast.

Some environmental campaigners have said the bill does not go far enough. A citizens’ climate forum established by Mr Macron to help shape climate policy had called for the scrapping of flights on routes where the train journey is less than 4 hours.

Saturday night’s vote in the National Assembly was the first. The bill goes to the Senate before a third and final vote in the lower house, where Mr Macron’s ruling party and allies dominate.

Full story from Reuters via The Irish Times

Previous article: THE RICE OF THE SEA: HOW A TINY GRAIN COULD CHANGE THE WAY HUMANITY EATS