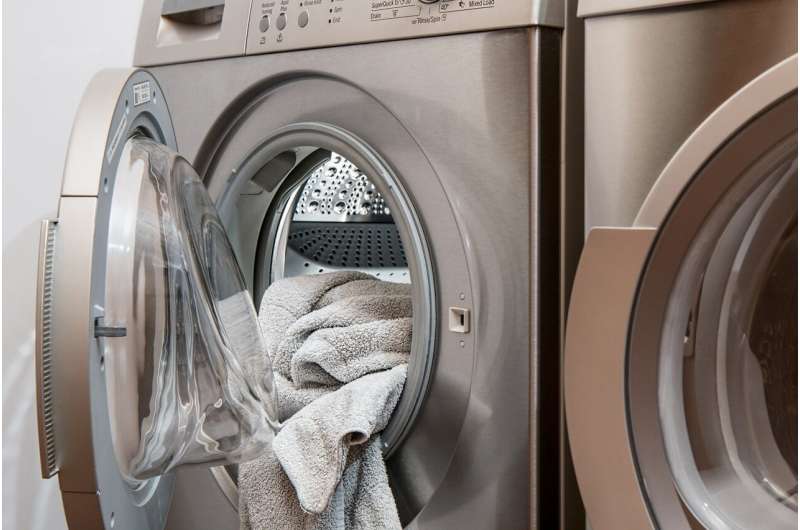 A team of scientists from Kaunas University of Technology and Lithuanian Energy Institute proposed a method to convert lint-microfibers found in clothes dryers into energy.

They not only constructed a pilot pyrolysis plant but also developed a mathematical model to calculate possible economic and environmental outcomes of the technology. Researchers estimate that by converting lint microfibers produced by 1 million people, almost 14 tons of oil, 21.5 tons of gas and nearly 10 tons of char could be produced.

Each year, the global population consumes approximately 80 billion pieces of clothing and approximately €140 million worth of it goes into landfill. This is accompanied by large amounts of emissions, causing serious environmental and health problems. One of the ways to lessen the footprint of consuming clothes is to reduce the laundry impact. During a machine-washing process of textile, around 300 mg of microfiber are generated from 1 kg of textile.

“Lint-microfibers are classified as microplastics. Whereas large plastic items can be sorted out and recycled relatively easily, this is not the case with microplastic—tiny plastic pieces, less than 5 mm in diameter. Large quantities of microplastic are being washed down our drains and enter our seas threatening the environment,” says Dr. Samy Yousef, senior researcher at Kaunas University of Technology (KTU), Faculty of Mechanical Engineering and Design.

Dr. Yousef is the leader of the inter-institutional team, which developed an eco-friendly technology to extract energy products from textile waste. For the experiment, lint-microfibers collected from the filters of the drying machines in the dormitories of KTU were collected. As the residents of the dormitories come from different cultures in Europe, Africa, Asia and America, the collected samples were very diverse. Using a pilot pyrolysis plant, built at the laboratories of Lithuanian Energy Institute, the scientists were able to extract three energy products—oil, gas and char—from the collected lint-microfiber batches. When treated thermally, the lint-microfibers decompose into energy products with around a 70 percent conversion rate.

“When we think about textile waste, we usually imagine long fabric with high crystallinity, which is contaminated with dye and dirt. Much energy is needed to turn the solid waste into liquid. However, lint-microfiber is a somewhat ‘broken fiber’ textile waste; it has a uniform size and shape, contains a lot of flammable compounds (resulted cotton and polyester elements), its transformation is easier,” says Dr. Yousef.

Full story by Kaunas University of Technology via Phys.org