To keep acting as if there wasn’t war declared against the planet and humanity is to accept we are already defeated. Continuing to play their game can only guarantee collapse. It’s time to flip the table.

This year we saw some of the consequences of the climate crisis devastating rich countries in the Northern Hemisphere. This didn’t lead to any political changes, though. Institutions remain the grease for the engines of capitalism. The COP26 in Glasgow became the primary space to project the new forms of capital accumulation, using the climate crisis as an excuse for new land grabs. This was also the year of space penises, inaugurating the space race of idiots while a new global bubble of speculation grows in the form of cryptocurrency. Climate degradation will always be accompanied by growing alienation, as the Capitalocene moves into full throttle.

2021 will probably rank among the seven hottest years ever, continuing the succession of global temperature records that blur with the years we just lived through (of the ten hottest years since records, none were before 2000, and of those before this decade, only 2005 remains at the top). The oceans are more acidic than they have ever been in the last 26,000 years, meaning that their ability to absorb carbon dioxide from the atmosphere is going down, as is the difficulty for many of the creatures that live there to proliferate. Research shows that the Atlantic Meridional Circulation, which distributes energy from the warmer parts of the ocean towards higher latitudes, is destabilized, approaching collapse, with the slowest speeds for 1600 years, indicating the proximity of a standstill. The concentration of carbon dioxide in the atmosphere is also at the highest levels ever recorded, unparalleled in the last 3 million years (our species has existed for 300,000).

Global greenhouse gas emissions have increased dramatically (by about 5% from 2020, which will make final levels close to those of 2019). Emissions in China are expected to increase by about 4% relative to 2020, those in India by about 13%, the European Union and the United States by about 8%. The bulk of all the “economic recovery”that has existed has been based on oil, gas and coal. Coal actually saw its biggest annual rise ever, over 9% (well spread between China, India, the European Union and the United States). Global capitalism remains absolutely addicted to fossil fuels and with no credible plan to stop being so. The plan is called climate collapse and it drags us towards catastrophe. If there are those that hadn’t learned that before 2021, it is hard to understand how they ever will.

Catastrophe was a very frequent word this year, although the press stubbornly continues not to directly link the huge increase in extreme weather phenomena to the climate crisis, ending up repeatedly portraying them as “natural disasters”, getting lost in the debate on assistance logistics and financial impacts, always avoiding addressing the unequivocal origin of this crisis. A relevant difference of the year was the higher incidence of climate disasters in the Global North, affecting more directly the countries historically responsible for the climate crisis. The South continued, however, to be devastated.

The beginning of 2021 saw the Spanish capital covered in snow, in a blizzard caused by tropical storm Filomena. Even in a rich country with huge material and social infrastructure the effects are severe, with roads cut off for two to three weeks, public transport almost closed, parks and gardens severely destroyed, countless rooftops collapsed and hundreds of thousands of people trapped in their homes with no ability to move during another Covid-19 peak. Madagascar’s annus horribilis began this month with the passage of tropical storm Eloise, followed by a particularly strong monsoon the following month, with several villages and homes flooded and destroyed. 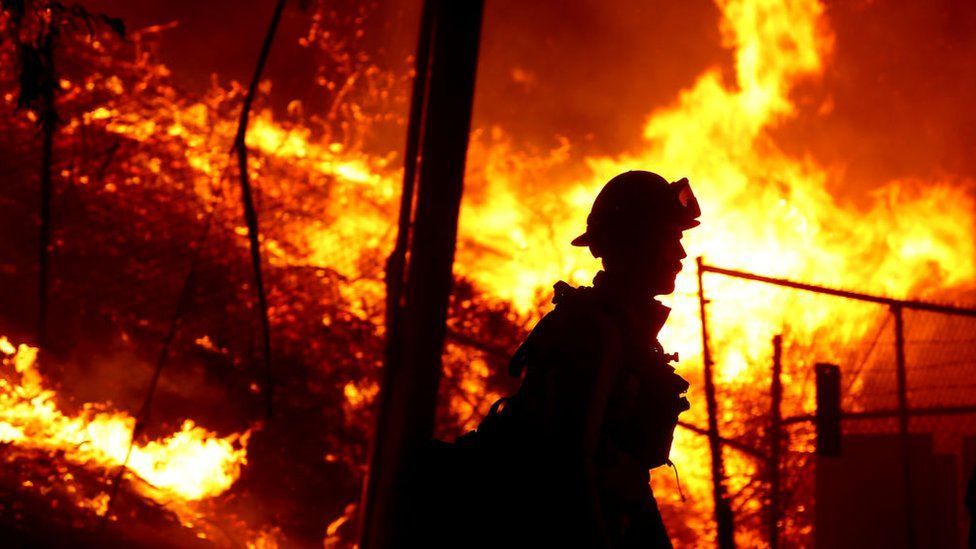 In February, the collapse of part of the Nanda Devi glacier in India led to a river tsunami that ruptured the Dhauliganga dam, killing more than 80 people. Cold waves in the United States lead to power cuts to more than 10 million people, particularly in Texas and Nebraska. Temperatures were up to 40°C below normal for the season and almost 200 people died. Record lows in temperature were also broken in Canada. In South America the worst drought in 90 years has occurred. Floods in Tangier and Tetouan, Morocco, killed 50 people.

Successive floods in Kenya led to the destruction of crops and several deaths throughout the spring. In March, sandstorms in China, coupling dust, heat and pollution, made Beijing and most of Mongolia intoxicating or deadly places for anyone on the streets under orange skies without masks and goggles. In May, cyclone Tuaktae killed at least 150 people in India. In Russia, the summer of 2021 set the record for hottest in the country’s history, with heatwaves and devastating forest fires in Siberia. In Hong Kong, rainfall during the first five months of the year was the lowest since records began in 1884.

The summer (in the Northern Hemisphere) of 2021 was very hot. In Libya, more than 100 people died in a heatwave in June, while in the antipodes New Zealand set records for the warmest winter ever, 1.32°C above the 1981-2010 average temperature. In Czechia, the largest tornado ever killed six people in June. July 2021 was the warmest July ever recorded. The American northeast saw successive temperature records broken (over 100 in Canada), including Lytton, at 49.6°C in British Columbia, in a heatwave that melted asphalt, destroyed power grids and killed hundreds of people, followed by devastating forest fires that destroyed the town. In the United States more than 800 people died in this heat wave. The largest forest fire in California’s history started in July and only ended in October, the Dixie fire, which consumed 390,000 hectares of forest and brush (and villages and towns). Hurricane Ida was the second strongest hurricane to come ashore in the United States since Katrina, flooding parts of Louisiana, but also Cuba. More than 100 people died. In central Europe, flash floods inundated parts of Germany (where 183 people died), destroying houses and bridges, cutting off electricity and water for several days, as occurred in Austria, Belgium, Luxembourg, Lithuania, Croatia and Italy. In the same month, floods killed more than 200 people in Pakistan and 300 in Henan, China. It was also in July that impressive images of the sea in flames in the Gulf of Mexico were seen, due to another serious accident on an oil rig from Pemex.

CAN WE SURVIVE EXTREME HEAT?

Humans have never lived on a planet this hot, and we’re totally unprepared for what’s to come.

Forest fires devastated Greece and Turkey in the late summer and in October a very rare Mediterranean hurricane, Apollo, made landfall in Sicily. By this time famine in Madagascar, combining extreme poverty with prolonged drought, had reached more than a million people.

In December, a series of unseasonal tornadoes swept through several US states—Arkansas, Missouri, Illinois, Tennessee and Kentucky—covering hundreds of kilometres and killing at least 90 people. The end of the year also saw Super Typhoon Rai force more than 400,000 people from their homes in the Philippines, with at least 400 deaths. In Northeast Brazil, floods devastated the state of Bahia, with dozens of dead and tens of thousands displaced. Also this month news became public that the Thwaites Glacier in Antarctica, also called the Doomsday Glacier, is loosening faster as the oceans warm, increasing fractures in the ice and threatening to collapse not decades from now but during this decade, which would in itself lead to a rise in global mean sea level by at least 60 cm in one single event.

Faced with this new climate that no longer hides anything, the economic and political system that dominates the world gave every guarantee that nothing substantive would be done. The COP26 in Glasgow was the first COP that unapologetically affirmed the entry into the Capitalocene, an unashamed market of the natural resources of the poorest countries, where some of the main actors of global capitalism tried to organize a new power arrangement that allows more economic expansion. The plan is to use the climate crisis as the excuse to open new frontiers of exploitation and capital accumulation. Carbon neutrality, emissions trading, carbon offsets and the intensification of mining all feed new narratives to enable only one thing: to make a new division of the poorest countries as sites of extraction, open mines to maintain the status quo.

There is no separation between capitalism as a mode of production and capitalism as a worldview. To compensate for the productive crisis associated with Covid, it is necessary to deepen alienation so that, in the midst of the greatest crisis humanity has ever experienced (not Covid, the climate and environmental crisis), activities like those that gave rise to it can be expanded. During the COP it was revealed that over 800 new oil and gas wells were planned in over 70 countries by the end of 2022. Immediately after the COP ended, Joe Biden’s administration held the largest auction in history of oil and gas wells in the Gulf of Mexico. In the peak of pure alienation, cryptocurrencies exploded, a 100% speculative product, without any physical counterpart, but with a huge impact on energy consumption. It is one of the new facets of anarcho-capitalism that goes looking for new tools to expropriate real wealth and accumulate capital, colliding and competing with the private and public systems of banking and finance. Bitcoin alone emits more carbon dioxide than New Zealand, all connected to the stupidity of cryptomining. The cryptocurrency bubble is a madness like the tulip crisis in Holland in the 17th century, only in this case there aren’t even any tulips.

As a corollary to the alienated side of the Capitalocene, several multimillionaires have assembled spaceships shaped like giant penises and gone into space for 15 minutes to prove they could afford it. Closing the year, Time magazine gave Elon Musk, whose big project is to colonize Mars, the man of the year award. Musk is sold as a self-made man, despite his fortune from his father’s emerald mines in Zambia. Musk is one of the biggest critics of public plans to curb emissions (including, of course, Joe Biden’s plan for a massive public investment plan—which is being blocked by his own party members, another anecdotal episode of the nature of institutionalism). For the billionaire, as for capitalism, the mission is to make money, and they want no competition. The press applauded all these grotesque episodes and gave them all the attention and every minute of time that a good sponsor deserves.

The Capitalocene has set in. Contradictions will always intensify henceforth. To lose clarity and vision and walk the muddy field of looking for hope where there is none is guaranteeing that capitalism—that is, collapse—will prevail. The climate crisis is no longer a future prediction but a present succession of expected and increasingly devastating catastrophes, in all territories, while the economic, political and cultural apparatus of capitalism reveals that it does not even have a Machiavellian plan, but mainly a stupid plan, the fruit of the very alienation of the status quo elites. They intend to collapse us by inertia. To keep acting as if there wasn’t war declared against the planet and humanity is to accept we are already defeated. Continuing to play their game can only guarantee collapse. It’s time to flip the table.