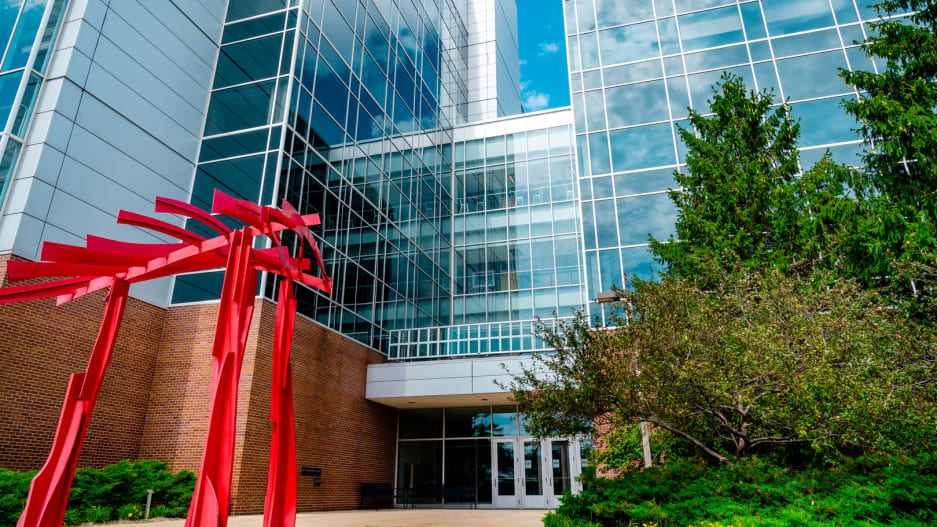 What if solar panels weren’t just on the roof?

In a recently built office building in Boulder, Colorado, there are solar panels on the roof. But the building also has one of the world’s first installations of solar-window technology—transparent panels that look like ordinary windows, but also invisibly generate energy.

“When you think about the commercial market, you can imagine big skyscrapers becoming vertical solar farms,” says Susan Stone, CEO of Ubiquitous Energy, the startup developing the technology, which is based on work that began at MIT. “You make that glass surface, which isn’t traditionally available for electricity generation.” Solar windows can also be used to replace ordinary windows in homes.

The technology works by capturing only part of the solar spectrum. “We actually let the visible light that our eyes can see pass right through our material,” says Miles Barr, cofounder and chief technology officer. “And that makes it look invisible to us.” Because typical solar panels absorb the full spectrum—making them appear black—the solar windows capture about a third less energy. But since they can be used in areas where regular solar panels can’t, they can help add to the supply of renewable energy.

The windows, with two panes of glass that are sealed together, have wires that can be connected either directly to something next to the window—such as a light or electronic blinds—or connected to a battery in the building or back into the electric grid.

The startup has spent several years developing the materials, including semiconductors that can selectively capture infrared and ultraviolet light, and ensuring that the product matches the performance and quality of nonsolar windows. Right now, at its pilot production facility in Redwood City, California, the company is making small window panels that have been installed in a handful of pilot locations, including the office building in Colorado. But it’s also preparing for larger-scale manufacturing, and developing processes to make the windows that can run on current window-manufacturing lines. “We’re bringing a disruptive product to market,” says Stone. “And we’re intentionally doing that without disrupting the supply chain.”

Andersen Corporation, the international window manufacturer, is one of the startup’s investors and participating in a recent $3o million Series B funding round. “Anderson led the industry in transitioning to insulated-glass units and pioneered the use of low-E coatings, all of which improved dramatically the energy performance of our windows, and both have now become an industry standard,” says Karl Halling, treasurer of Andersen Corp. “Andersen really sees this investment in this technology as a continuation of that legacy.”

As manufacturing scales up, Ubiquitous Energy expects the windows to be around 30% more expensive than conventional windows. But if the windows can replace standard glass, the impact could be significant. The company has estimated that there are 20 billion square feet of glass installed around the world annually, and if all of it was producing power, it would result in a 10% decrease in global emissions. “When you think about the impact that this can have,” says Stone, “it’s huge.”