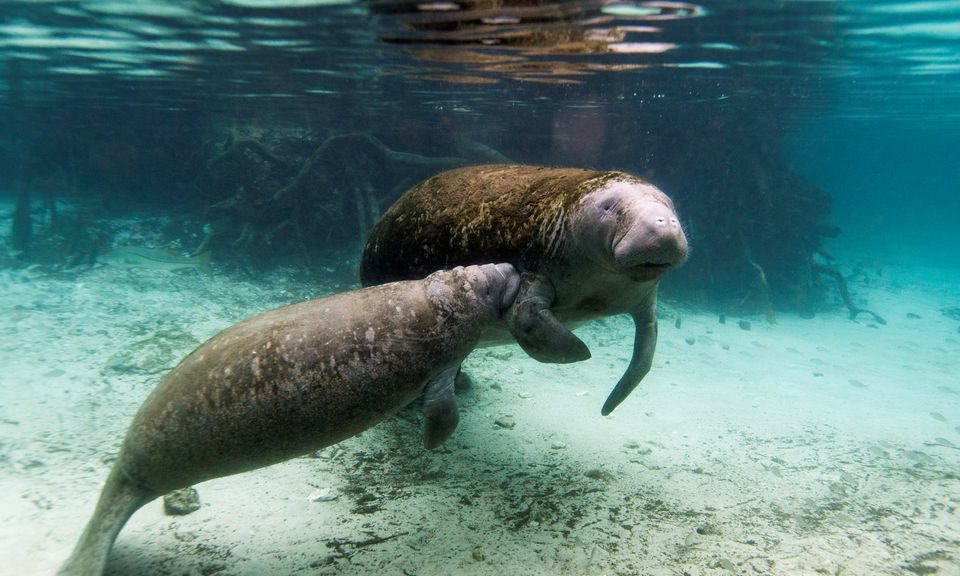 Starving manatees will soon be fed by hand in Florida, a rare wildfire intervention to save the marine mammals whose natural food is vanishing from the effects of pollution, state officials told Reuters.

“Unified Command does have approval to move forward on a limited feeding trial,” said Carly Jones of the Florida Fish and Wildlife Conservation Commission, in an email to Reuters ahead of a formal announcement later this week. “Details are still being worked out.”

The move, authorized by the federal government, is highly unusual in conservation, which tends to favor leaving wild animals to their own foraging and hunting lest they become dependent on human handouts.

But manatees have suffered badly in 2021, with 1,017 animals found dead so far this year. The gentle herbivores, also known as “sea cows,” are considered threatened, with fewer than 8,000 left in Florida waters.

Scientists say they are starving to death, thanks to nitrogen-polluted sewage and agricultural runoff. The nitrogen fuels the growth of algae, which then smothers and kills coastal seagrass – the manatees’ main food in their winter grounds.

During the trial feedings, wildlife experts could feed the animals romaine lettuce and cabbage, which is what manatees in captivity eat, said marine biologist Patrick Rose, who leads the Save the Manatee Club in Florida.

“The idea behind this experimental supplemental feeding … is that you can give them just enough more food that they can get them through this winter time,” Rose said. “The longer this is delayed, the less likely it can be successful.”

Once the timing is worked out, the trial feeding will begin on private property, Jones said.

It remains illegal for the public to feed manatees.