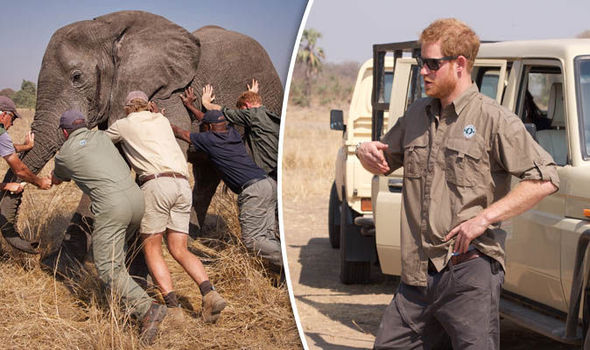 On the web this week, Barbara Creecy calls for greater environmental literacy, a photo essay of life for Kenya’s game rangers, and Prince Harry honours soldier killed in anti-poaching operations in Malawi.

A new safari lodge has opened in South Africa, and this one is unlike the rest.  Noka Camp part of Lepogo Lodges is believed to be the first luxury camp in Africa to offset the carbon footprint of every visiting guest.

Earlier this year, Intrepid Travel launched a first of its kind journey to Kenya bringing travellers into the rarely seen world of wildlife conservation rangers. Co-hosted by the non-profit The Thin Green Line Organization, the remarkable seven-day experience, Kenya: Wildlife Rangers Expedition, allowed a small group of travellers to spend a week on the front lines, immersed in the work of the Big Life Foundation and its rangers. TravelPulse brings us this picture gallery from the expedition.

Speaking of consrevation rangers, The Duke of Sussex has paid tribute to a British soldier killed during a counter-poaching operation in Malawi. Prince Harry laid a wreath for Mathew Talbot, 22, who was killed by an elephant in May. The duke was “honoured” to pay respects to Guardsman Talbot, who played a “huge part” in conservation efforts, a post on his Instagram account reads.

The Mail & Guardian published one of the best headlines I’ve ever read this week: Kung Fu Nuns Cycling For The Environment.

Scientists are working to breed sheep that produce less greenhouse gases in order to reduce their impact on the environment. The Grass to Gas initiative will combine international scientific and industry expertise to measure two major factors affecting the environmental consequences of the livestock – feed efficiency and methane emissions. Its goal is to develop ways to identify animals with a lower impact, which can then be selected for breeding programmes.

And finally, if you’re thinking about growing your own vegetables, Rob Bob’s Aquaponics & Backyard Farm on youtube has this guide to starting an aquaponic garden: